I took Katie's bike up to Fort Casey for it's portrait. 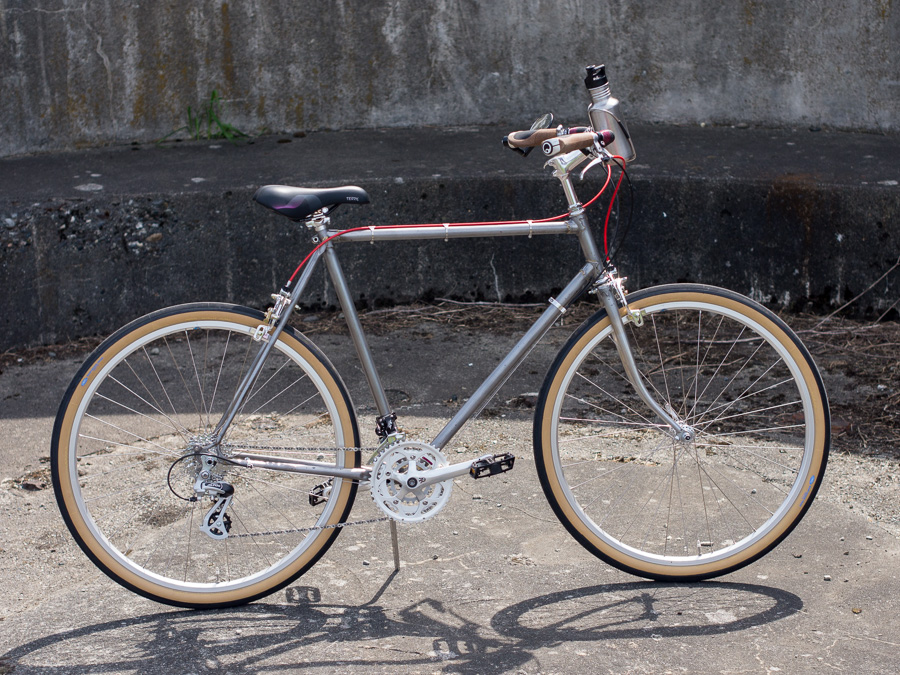 The frame is from a 1977 Nishiki Olympic. Katie rode this when she was in her late teens and loved it. She got another bike and returned it to me. I started to turn it into a fixie but life got in the way and it languished in a storage locker for years until Katie said she wanted a bike last fall. I told her I still had the old Nishiki and could build it up for her. The frame is a little large for her but she said it was not a problem. I suggested keeping the paint off and I'm glad she liked the idea because it turned out to be a beautiful bike. A couple of coats of Butcher's Bowling Alley Wax are used for protection.

I have links to the build at the bottom of this post. 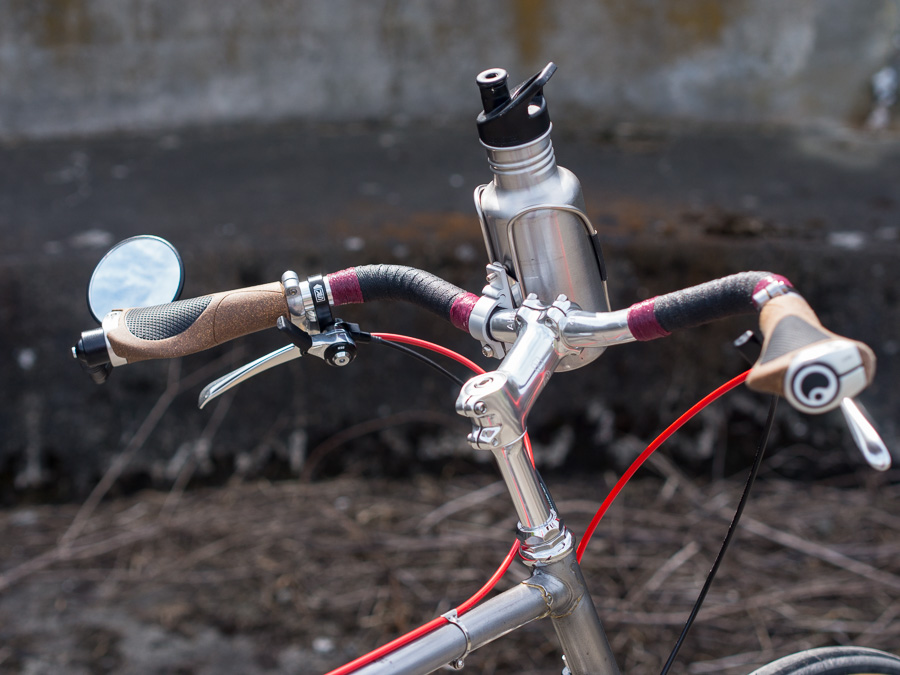 I incorporated a number of things that I have been riding with that have worked out well. The quill adapter and stem are from Velo-Orange. The handle bar is an Ahearne+Map. I've been riding with this bar and love it. It give a nice upright postion with the Ergon grips and a more efficient leaned forward position on the wrapped part of the bar. I've installed Sunrace thumb shifters from Rivendell Bikes. The water bottle cage if from Velo-Orange. That is my Klean Kanteen water bottle. The best! 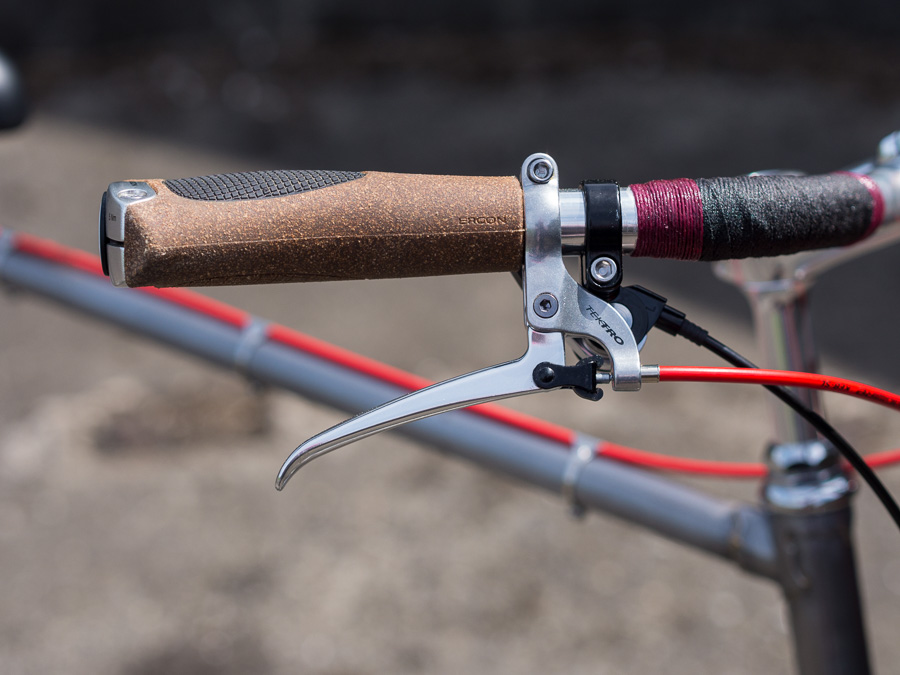 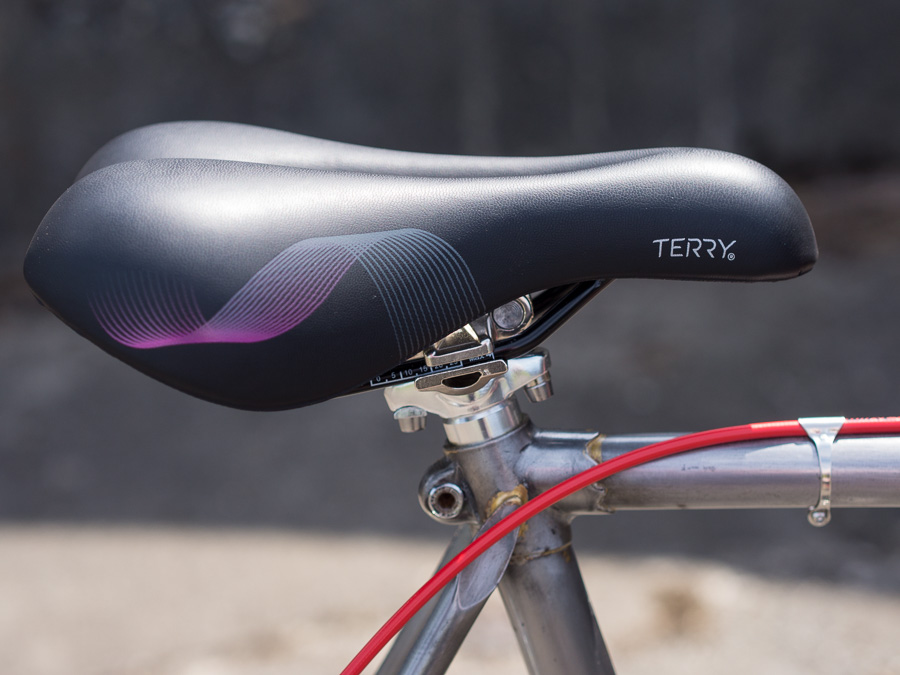 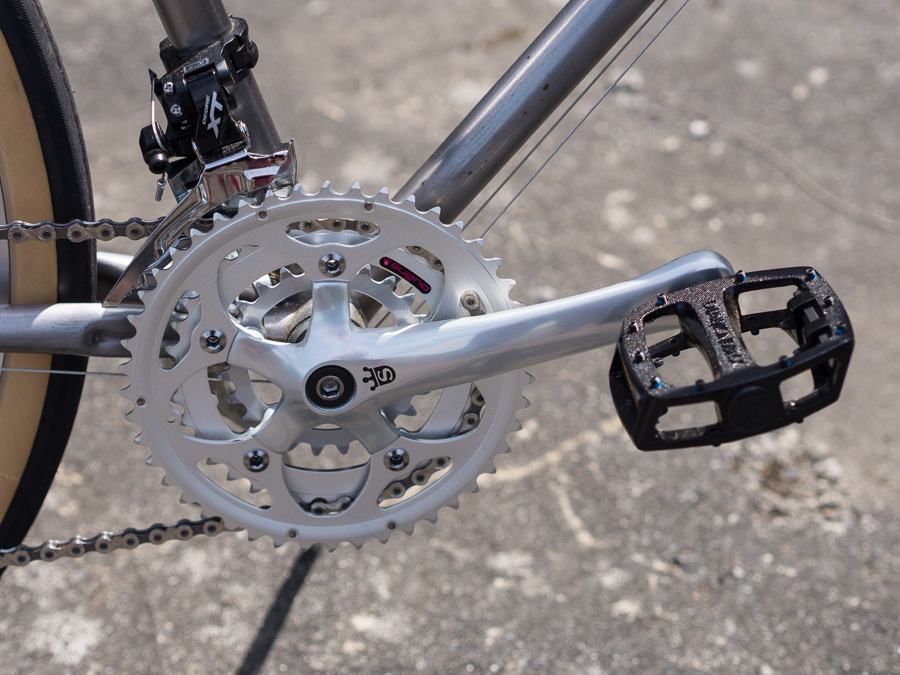 The drivetrain is from Rivendell. A Sugino 46x36x24 triple crank. Katie lives in Colorado Springs. The land of hills and no oxygen. The front derailleur is a Shimano Deore XT. 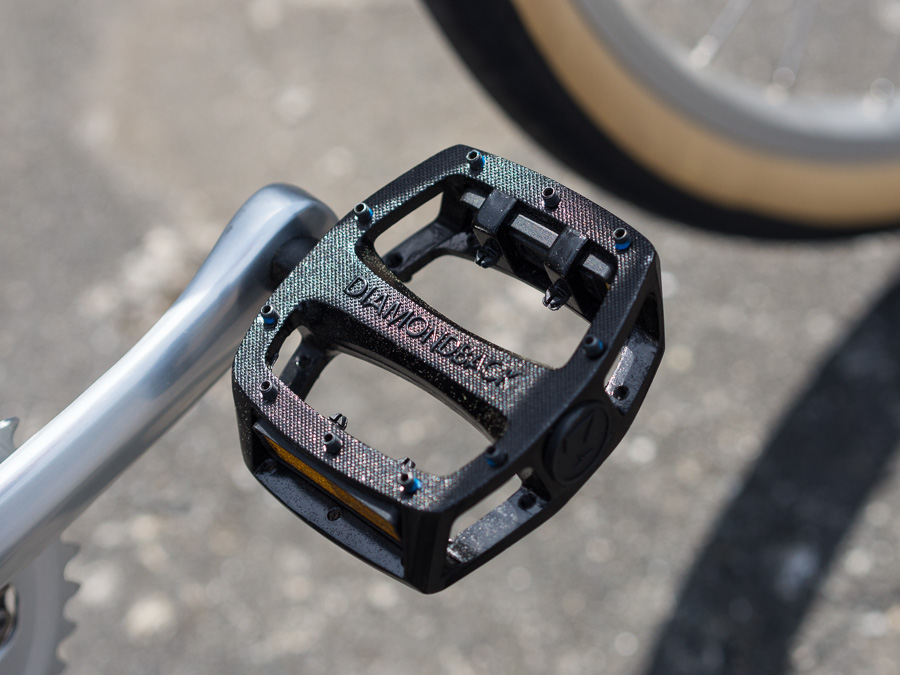 After 35 years of riding clipped in I have become a fan of riding free. Spiked pedals keep the feet from sliding. 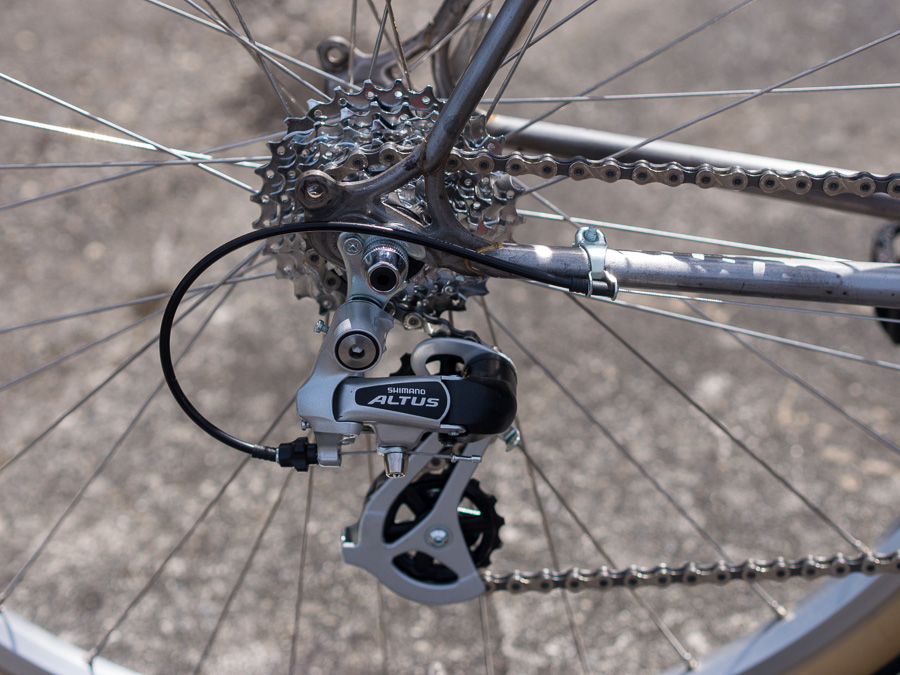 An 11-28 eight speed cassette and a Shimano Altus rear derailleur. 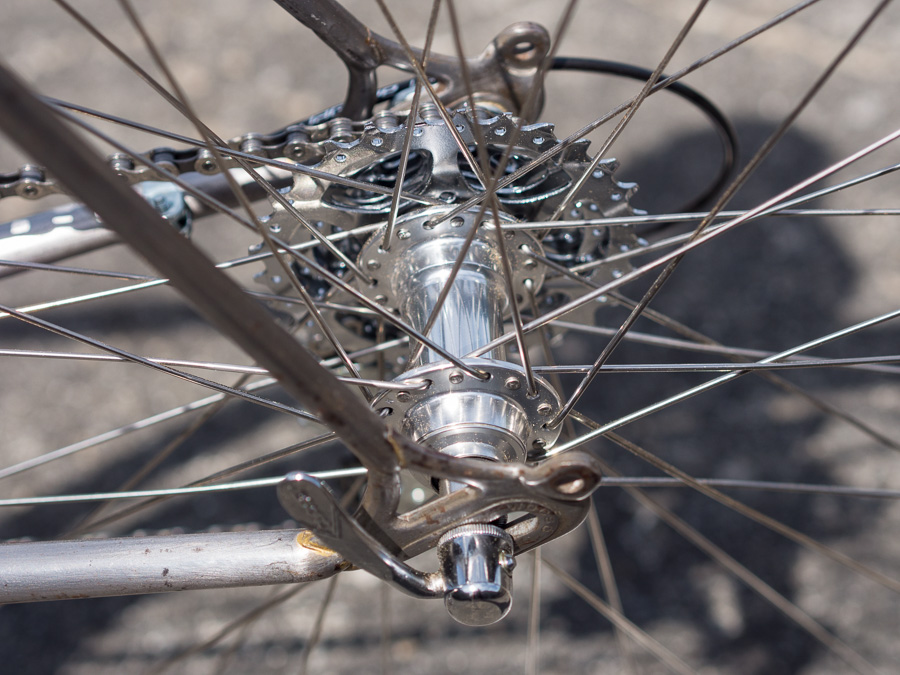 Velocity 650b wheels with Velocity Atlas rims and Velocity hubs.. 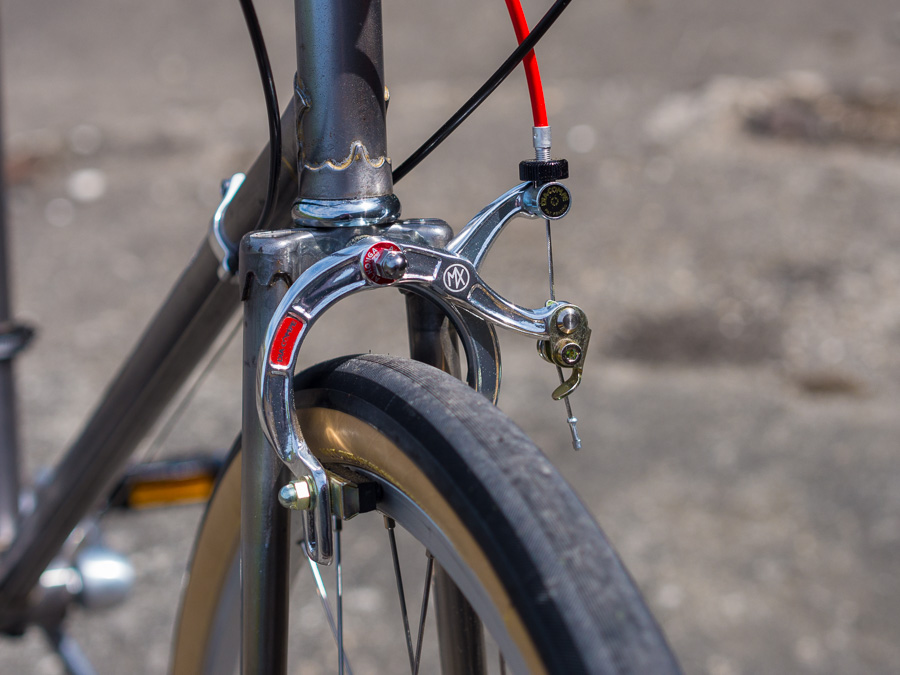 One of the reasons I went with a 650b wheelset is the smaller diameter of the rim compared to the 27" wheels that this frame originally had. That would lower the frame a little for Katie. That meant really long reach brakes. Dia-Compe MX-1000 caliper brakes. 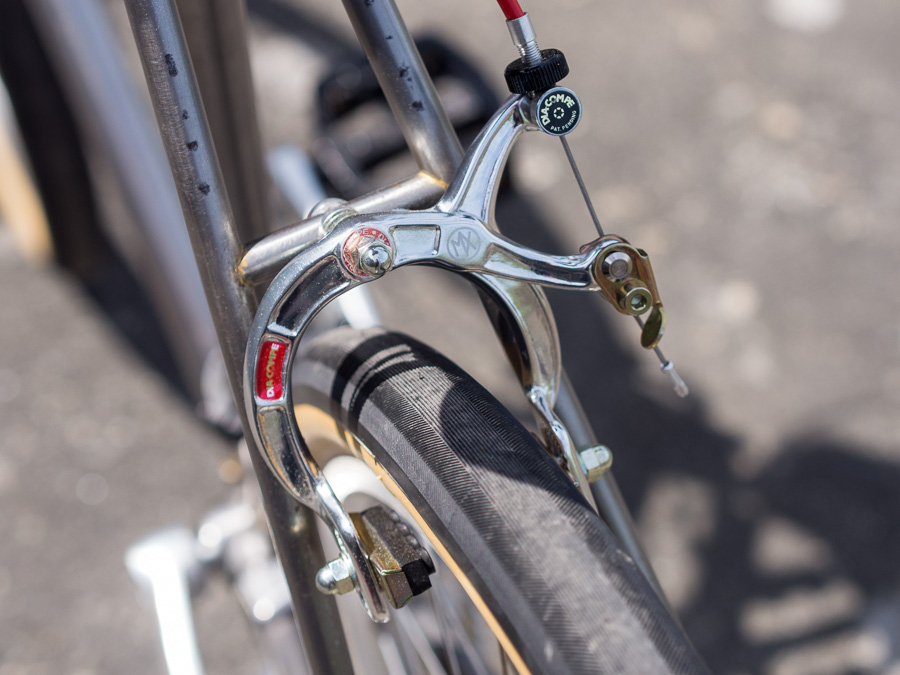 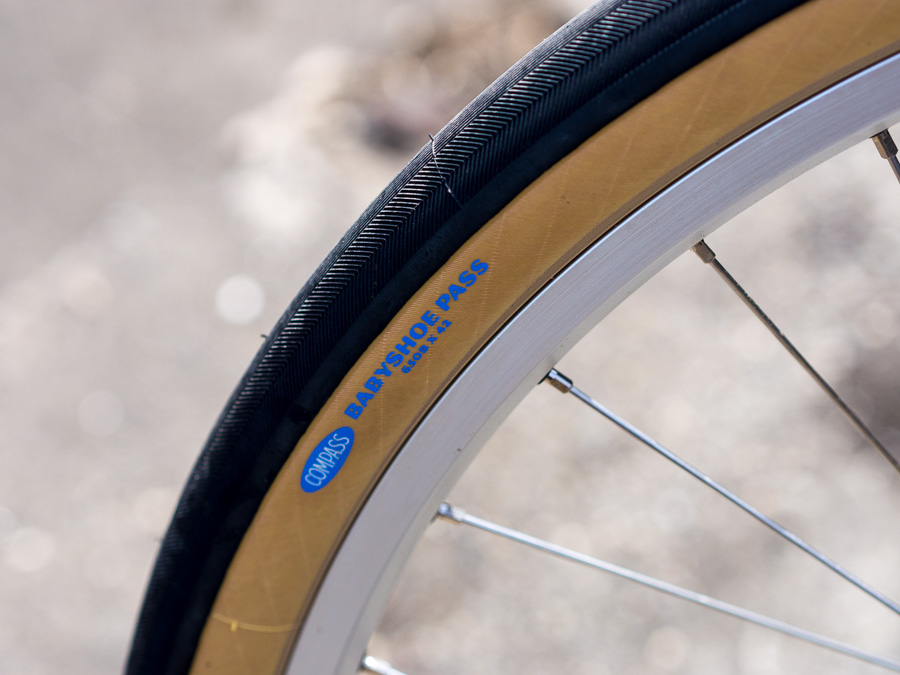 The other reason for going to a 650b wheelset is tires. I've become a fan of large volume, low pressure, supple sidewall tires. Jan Heine of Compass Cycle and Bicycle Quarterly has been a proponent of these tires and he has his own line named after gravel mountain passes in Washington State. I put on 650b wheels to lower the bike and then fat tires to raise it. The net effect is to lower the bike 1/2". These tires are smoooooth! The Babyshoe Pass tires are only 390 grams. The result is low rolling resistance for a fast tire and the ability to roll over road irregularities for a very comfortable ride. Great on pavement and gravel. 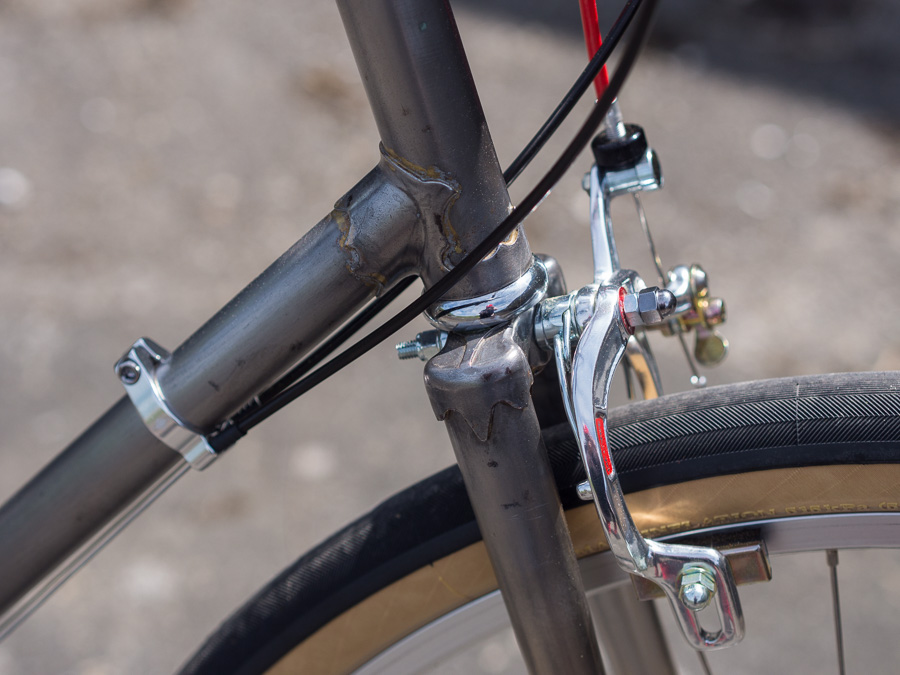 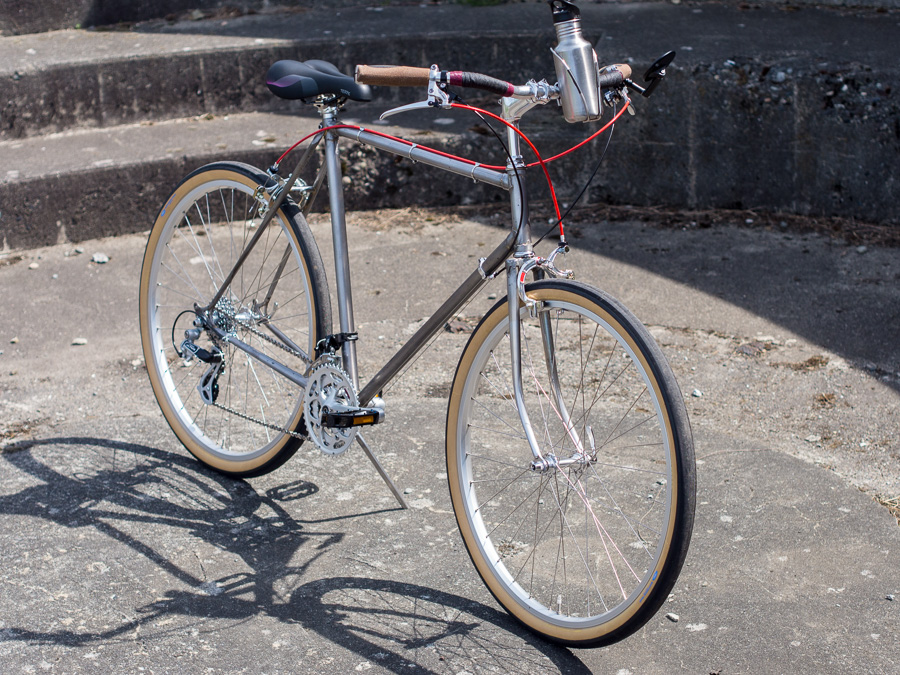 There it is, Katie. Ready to ride. Maybe I'll see it on the Seattle to Portland next year?