This morning Zoe thought it would be a good idea to take the tandem and go for a ride amongst the tulip fields at the Skagit Valley Tulip Festival. It turns out this was the first weekend for the Festival and the traffic was crazy. Really crazy. We finally stopped at one field and parked at the side of the road so we didn't have to pay for parking. 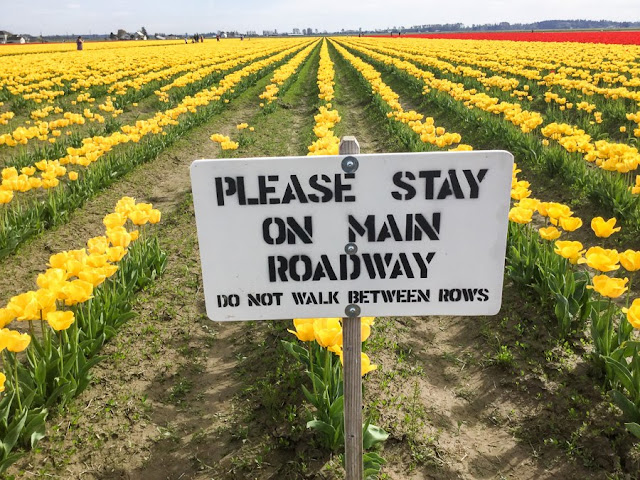 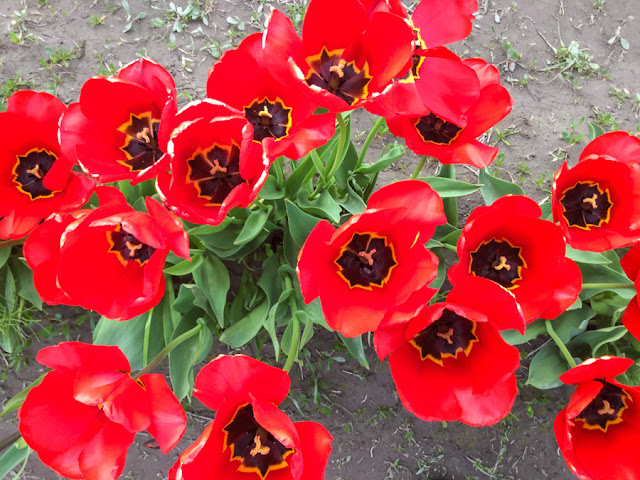 We drove around more trying to find a road we could ride without getting run over. We found a good road with a wide shoulder and a tulip field next to it. They were charging for parking. Not a problem but we wanted to park near the road so we could unload the tandem and not have to drive in near the field. The parking guy saw my Bernie button and said it would be no problem for a Bernie supporter. We gave him a tip, parked the van, and unloaded the tandem.

The road we rode on had a nice wide shoulder. We saw a side road named Flats road and took that hoping the name wouldn't predict anything. We survived that and it brought us back to the main road. After a while we turned around and headed back.

As we approached the the road to where the van was parked we heard this voice over a loudspeaker that there was no parking on the side of the road. Our responsibilities on the tandem have been split up. I look forward (Zoe can't see through me) and Zoe has the rear view mirror to look back. She couldn't see him but knew it was a cop. We turned right onto our road. A couple of cars passed us (apparently the subject of the warning) and then a motorcycle cop passed us looking back at us with a smile and making pedaling motions with his feet. Nice to see a cop with a sense of humor.

We didn't ride a long distance but we survived the ride. Riding a tandem is different. There is a lot of coordination between Captain and Stoker. Getting the bike going and stopped, for example. Not so simple as when riding by yourself. If one rider wants to coast they have to let the other know so they both stop pedaling at the same time. Zoe is getting better. Only once did the pedals suddenly stop going around followed by "Oops!" I think I let her know what I was going to do. At least most of the time.

Here are the two triumphant tandemnistas. The more we do this the more we like it. The Schwinn is pretty short for a tandem but seems to work fine to learn on. We want to keep doing this and get something better. We have a modern Co-Motion tandem in the basement. It needs some changes to make it more comfortable for us. Or we may look for something that is built for us. 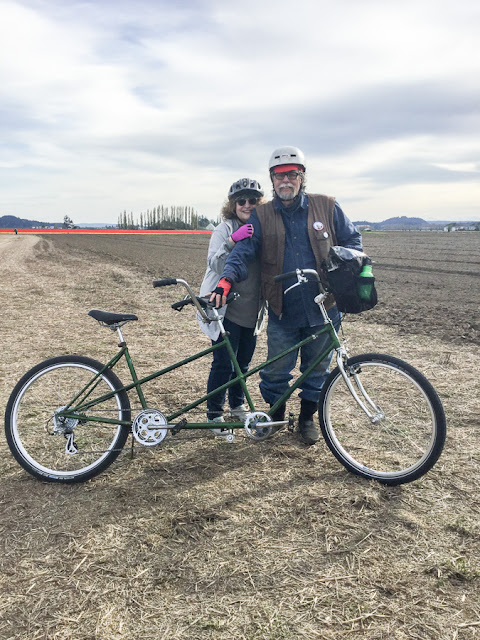 Here is a good shot of the restored Schwinn tandem. Zoe named it. She has been calling it the Green Monster. Now it has become Fenway. It's a baseball thing. 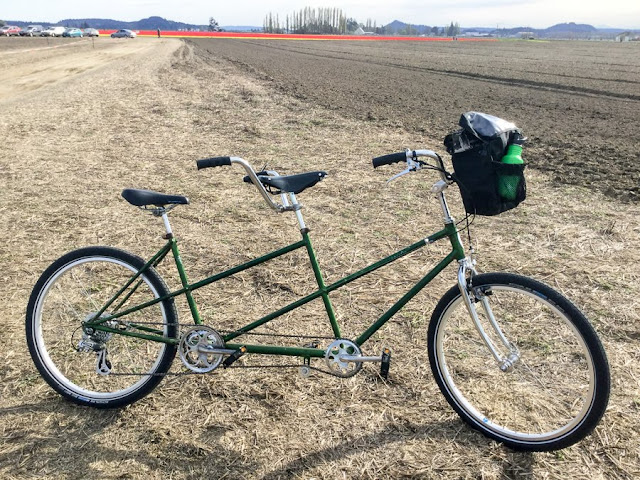 Here is Fenway when it first came home. Fenway is looking much nicer now. 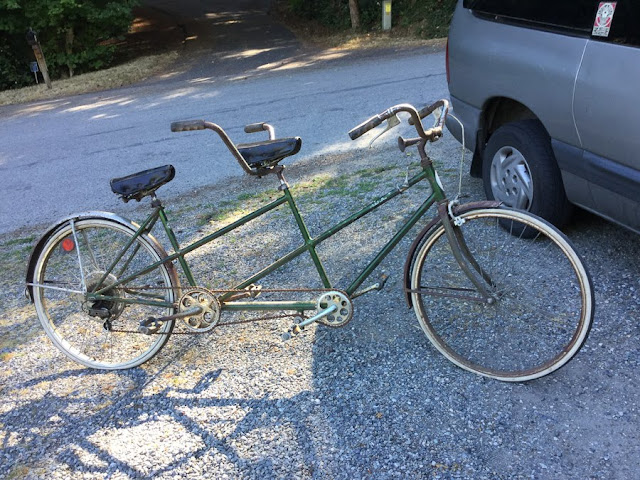