A tale of two bikes

I'm still putting some finishing touches on Zoe's Motobecane. Zoe has been riding it but the men's frame is not as user friendly as it was when she was in her twenties and she wants a step through frame so I got one for her and it arrived today. 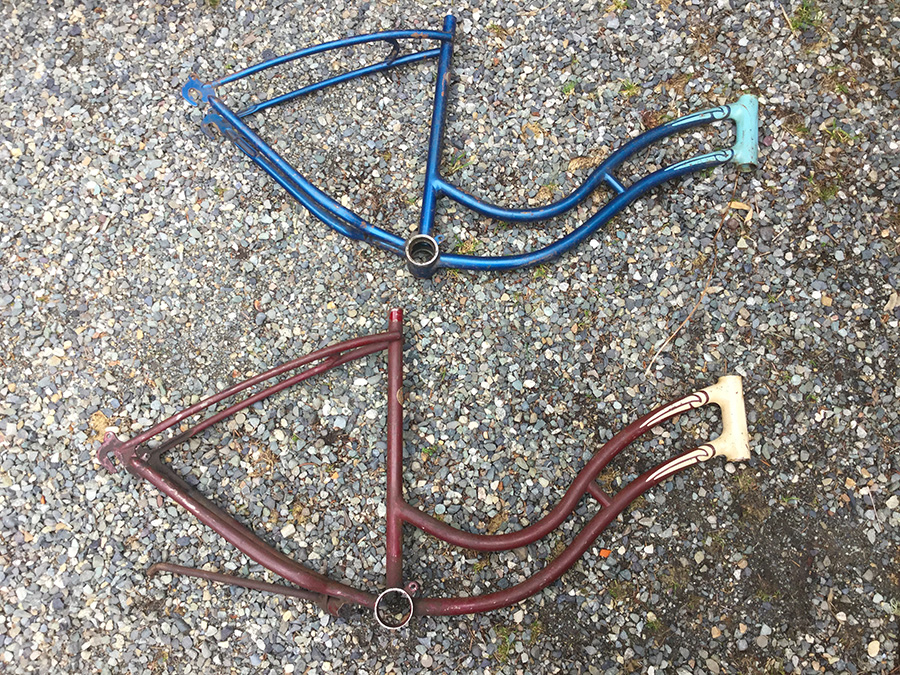 These are both Schwinn frames. They are the women's version of mine. The blue one is the one I will be building for my oldest daughter, Jenny. It was made in 1955 or 1956. The burgundy one will be Zoe's. It was made May 6, 1949. They are going to be very similar builds so I will be doing these two at the same time.

Jenny's bike will be a patina restoration. I will rub out the existing paint and polish it up. I will have Zoe's frame powder coated red. It goes to the powder coater on Thursday.

The first step on both bikes is to widen the rear stays for the wider hubs. Let the build begin.
Posted by Unknown at 9:43 PM No comments:

I'm finally back to Zoe's bike. Two weeks after my last post I had a heart attack. That slowed me down for a while but my recovery went very well and things are back to normal. I built new wheels for her bike. 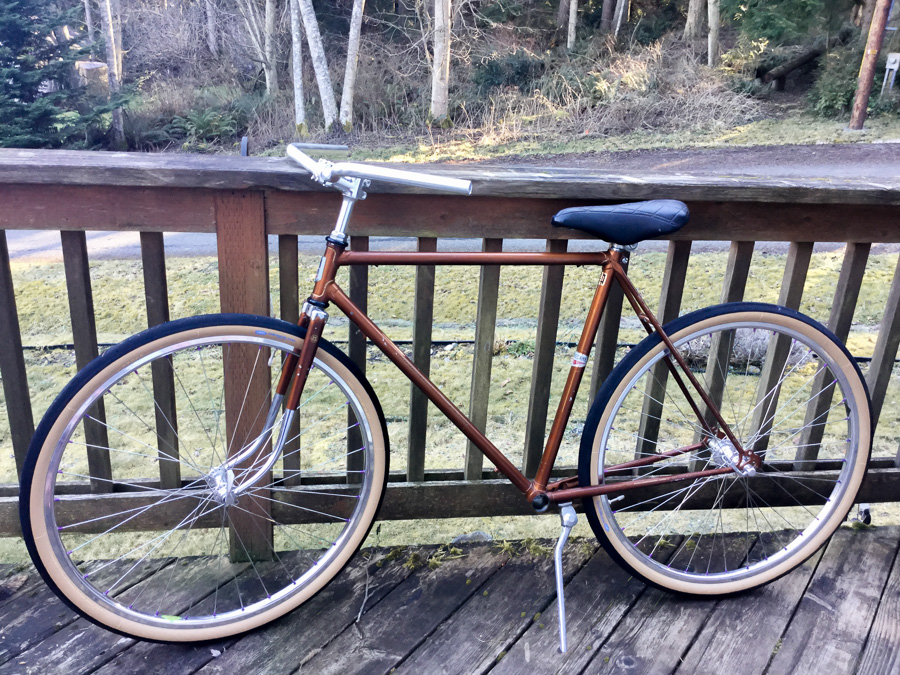 They are 650b wheels with Compass Baby Shoe Pass tires. 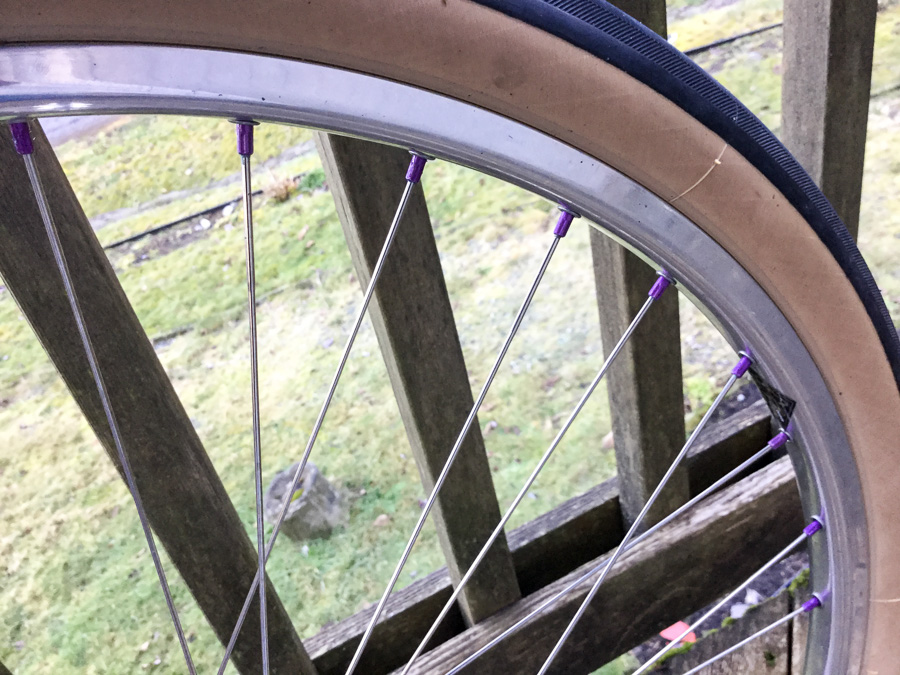 After I took these pictures I installed the crank, pedals, front derailleur, and brakes. I need to order the last of the parts tomorrow. It is getting close to being on the road.
Posted by Unknown at 12:23 AM No comments: