Requiem for a bicycle

From parts to parts. 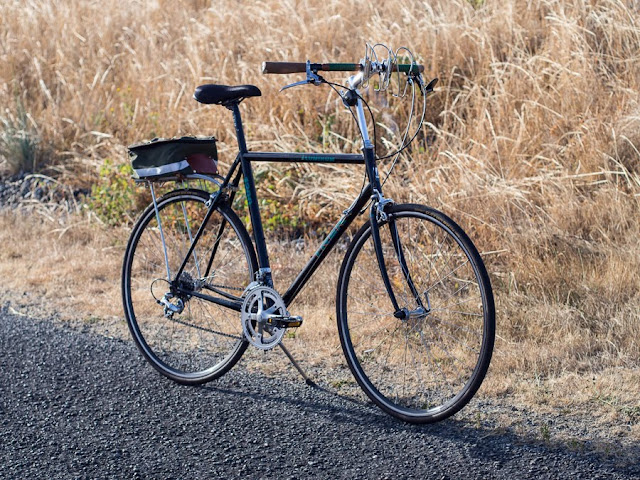 After all that commuting in the rain it was in need of a lot of re-lubing and clean-up which I started about 6 years ago and then stopped. When I found out Bill needed a ride for the STP I gathered the parts and built it up for him with the plan being that I would ride it again after the STP as my mult-geared bike. 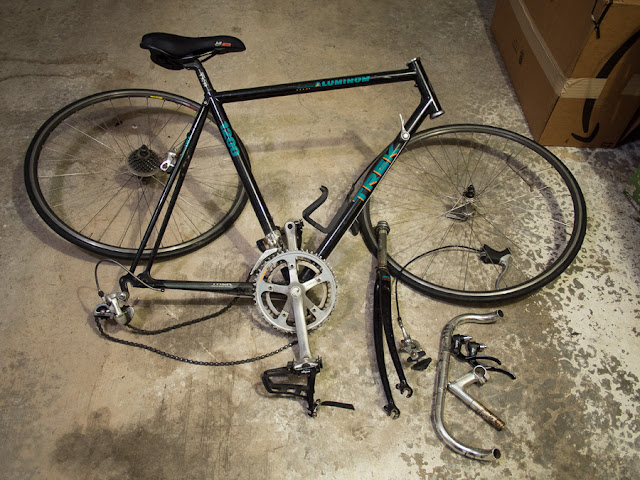 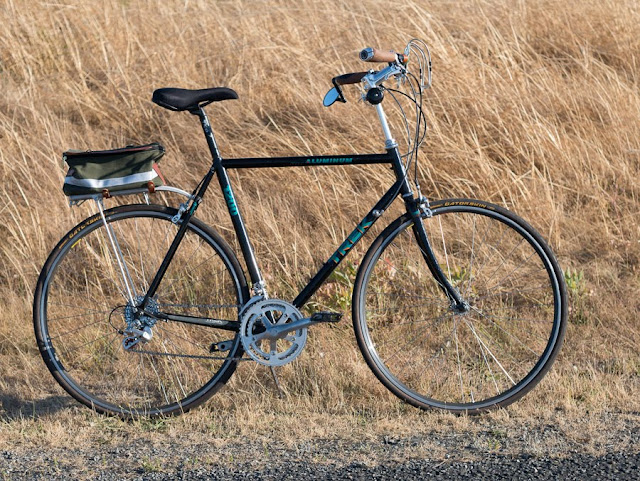 While the Trek didn't work out a number if things on it did. The tall stem is on now my Schwinn Typhoon Mark III with a flat bar with some forward curve before it angles back. I really like this type of bar since it gives a nice upright position and a leaned forward position for the hills. More hand positions and more power leaned forward. The grips, mirror, bell, and water bottle holders are now on my Schwinn Typhoon Mark III. 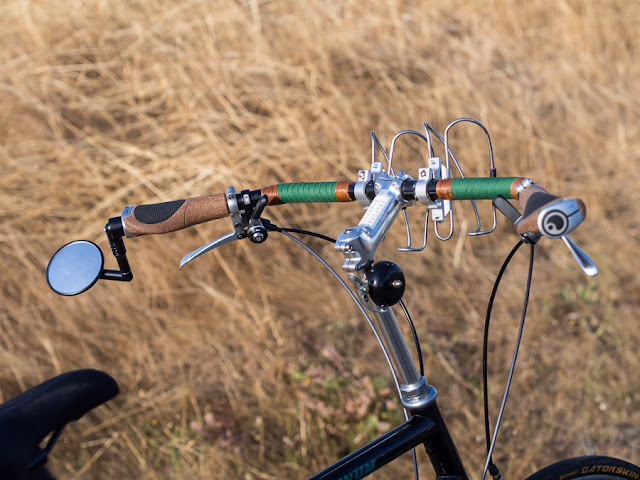 This was also my first try at using cotton bar tape with shellac. A great success. the end wraps are the same waxed polyester cord we use on our camera straps. 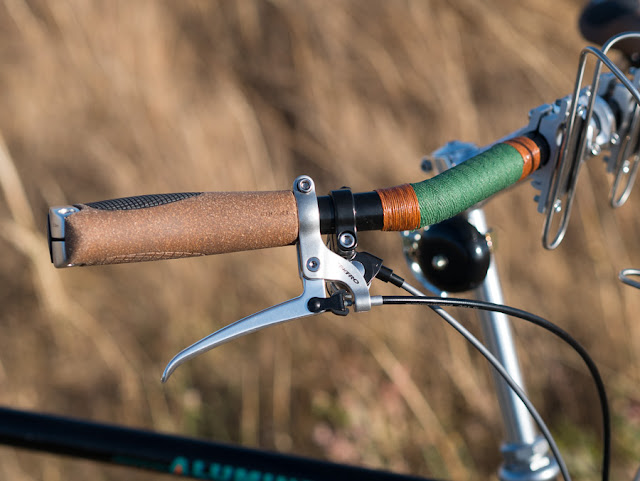 A bike like this is worth less than the value of the parts I can use on my Schwinns so it's back to being disassembled. It was a good bike at the time but I've changed.

From parts to parts.