But wait! There is another bike project. 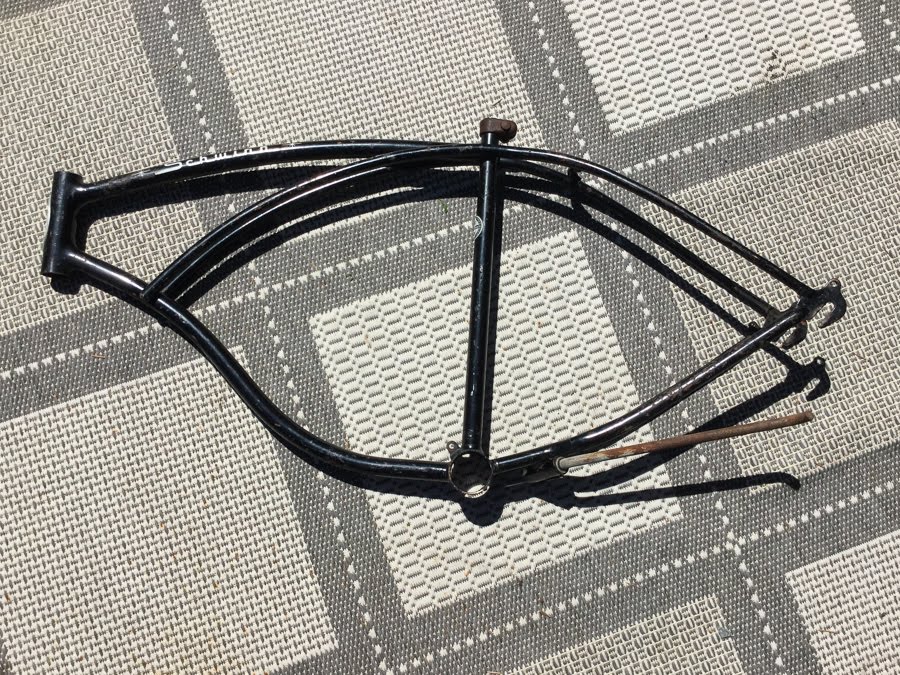 Another Schwinn Typhoon project. The Mark III I have been riding the past rear and a half as a fixed gear bike. The Mark IV will have 16 speeds. Hopefully in time for this year's Seattle to Portland bicycle ride. 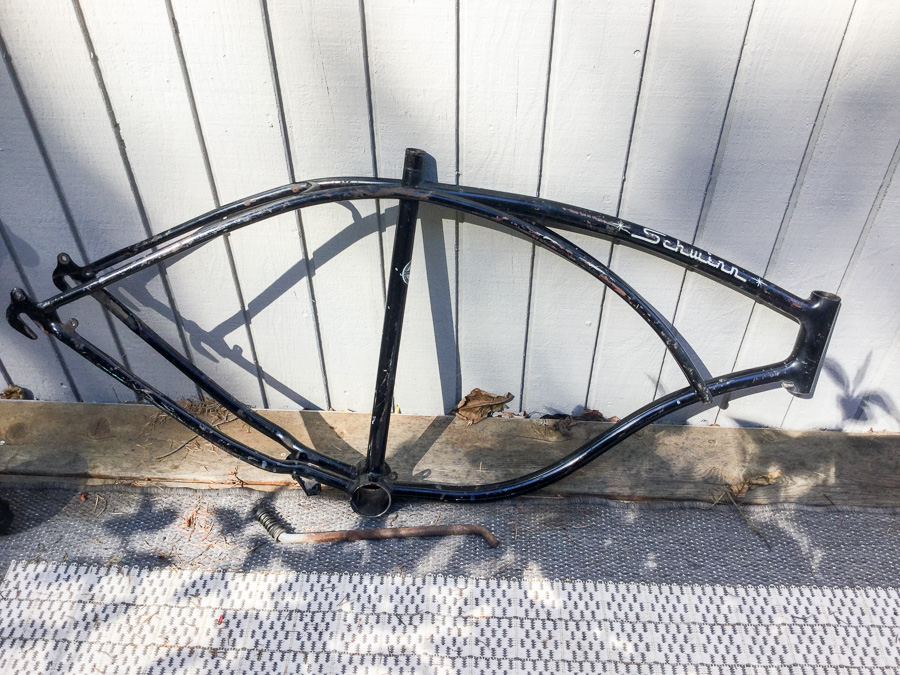 Schwinn cantilever frames like this started production in 1938 and were made pretty much unchanged until the mid 1970s. I bought this frame on eBay for $87. It was the best available and at a good price. It turned out to be another Typhoon the same year as my Mark III.

I widened the space between the rear dropouts to take the wider 8 speed hub. The kickstand is off for cleaning and lube. I've started sanding the rust and rubbing out the frame with rubbing compound.
Posted by Unknown at 12:53 PM