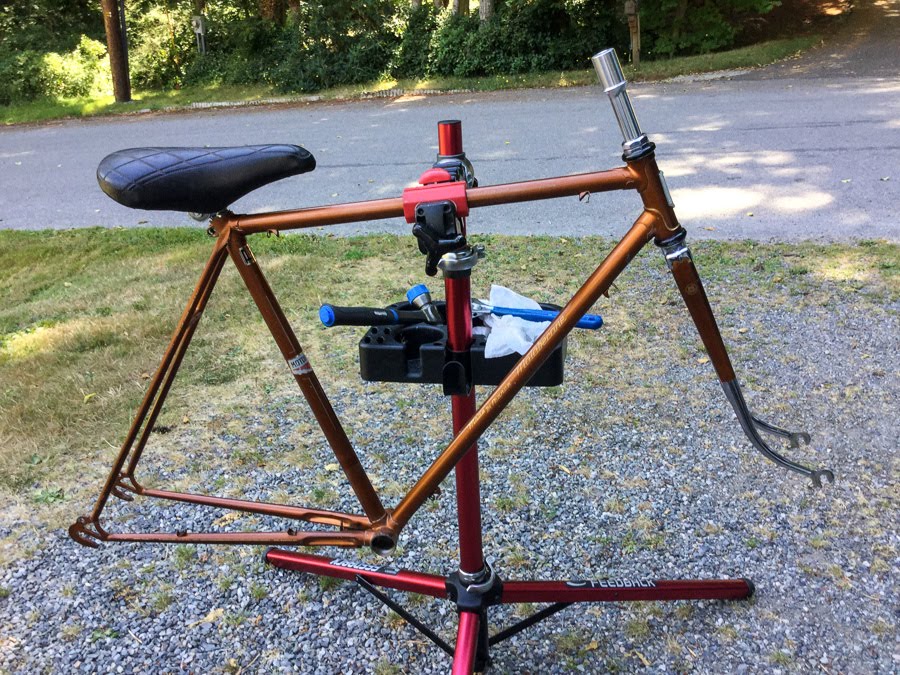 It's been over three months since I posted on Zoe's Motobecane rebuild.  Part of that was getting my 16 speed Schwinn ready for the Seattle to Portland bike ride. The other part of the delay was dealing with French standards. Most bikes use English standards for things like seat tube size, steering tube size, and threads in places like the bottom bracket and steering tube. And it would help if the French were at least consistent. But noooooo! The bottom bracket on this frame has an English bottom bracket but the headset is French. Not many places have French headsets. I found one but when I installed it  the stack height of the headset meant the steering tube on the fork was too short. I found a new old stock Shimano French headset in Portugal thanks to the miracle of eBay. It arrive Saturday an it installed fine.

I also installed the quill adapter to which the stem and handlebar will attach. Zoe will probably go with another seat but the original one will do for now. Now that I know the basic frame will go together I can start ordering parts. I will be building the wheels for this bike and the rims have been ordered.